1. Comics are neither novels with pictures nor pictures with captions, but something wholly other, a hybrid of text and image with which it is possible to tell stories that can be seen as well as "heard." Theorists have found them so difficult to describe because they (the theorists) are habituated to think in terms only of text (literary critics) or image (art historians). In this respect, comics are analogues of God, more particularly, of the Second Person of the Trinity, who, while by nature divine (the Word), became incarnate, taking on not only flesh, but also (as per the Nicene Creed) our nature as human beings.

2. Comics are preoccupied with superheroes and superheroines and their battles against evil because there is something in the form itself (word+image) that presupposes this kind of story. Just as God became incarnate so as to save humanity from its sins, so comic book heroes fight to rescue humanity from those who would destroy the world. While it is possible to argue that many comic book heroes are Christ-like thanks to their cultural context, I would argue that the story-types are governed as much by the comic form as by culture (although the form itself, of course, arose within a particular culture at a particular time).

3. One of the reasons that comics are so difficult to theorize is that they do two radically different things while drawing on only one sense (sight). Other art forms, like opera, that mix modes typically draw on the use of more than one sense: e.g. sight and hearing. Properly speaking, there is no such synaesthesia with comics: we do not actually hear what the characters say. But reading texts and looking at images demand different interpretive activities, thus making them arguably cognitively much more complex than watching a movie or play where looking and listening are both brought into play.

4. Comics, like Christ, are, therefore, a paradox. They participate in the visible, fleshly world, but they also, by way of their speech balloons, enable us to see into the interior of their characters. And yet, the speech balloons are more than just words that we "hear"; we (the readers) can also see them, although their "speakers" cannot. In this respect, unlike animated movies where speech is still articulated as sound, comics indeed show us the word, exteriorized from the soul. Likewise, Christ, the Word, became visible to humanity at the Incarnation while still remaining divine (speech).

5. It is important that comics tell stories, that is, participate in time. While individual images may be particularly striking, comics as such show movement in time, even when there is only one panel. As David Carrier has argued, much of the joke in such one panel comics depends on our imagining "what happens next" (e.g. in Gary Larson's The Far Side). Again, there is an analogue here with the Incarnation: God as God is neither inside nor outside of time. Time, like space, is a creature of God. But at the Incarnation, God entered into time and became subject to time. With comics, images and words exist both in space (the frame of the picture or page) and time (the sequence of images and words).

6. Comics absorb us and make us feel guilty (or, at the very least, slightly naughty) because they challenge the stability of our cognitive as well as our aesthetic categories, much as thinking about Christ as both God and man challenges the stability of our ontological categories "human" and "divine." They are dangerous in the same way that other such "impossible" hybrids are (virgin-mother, man-woman, animal-human being). From this perspective, it is surely no accident that the margins of many medieval illuminated manuscripts (the proto-typical comic books) are liberally populated with monsters.

7. It is for much the same reason that comics lend themselves so well to battles between good and evil, redemption and sin. Although God could have accomplished the redemption of humanity without becoming incarnate and suffering death, for the sake of justice, he could not simply forgive Adam and Eve's disobedience. And yet, out of his mercy, he did not want his creation to be damned. So, becoming incarnate, he entered into time in order to redeem us, thus doing battle (as the medieval theologians tended to put it) with the Devil on our behalf.

8. Superheroes are Christ-like because they carry on this battle. Not coincidentally, at least from this perspective, they often suffer humiliation, defeat and (apparent) death, arguably for much the same reason as did Christ. Significantly, superheroines do not tend to experience redemptive death but rather--much like the virgin martyrs on whom they are most likely (if not consciously) modeled--they are often raped, murdered and mutilated so as to stimulate the superheroes to avenge them.* It is likewise no accident that so many comics are so graphically violent.

9. At this point, I do not have an explanation for why more readers of comics are male than female, unless it has to do with #8. It is also interesting to note that while many recent graphic novels have tried to break away from the superhero mode, the majority of these efforts tend to take the form of autobiography and/or confession (i.e. about looking into someone's interior).

10. Comics are dual in that they can be both funny ("comic strips") and frightening ("comic books"), much like the history of salvation, the ultimate comedy with the greatest of heroes.

Now I just need to explain why comics are so popular in Japan....

*I was going to link "Women in Refrigerators" here, but apparently (if appropriately, given my argument) the site has been linked with attempts to damage visitors' computers. It was okay (apparently) a few days ago.
Christianity comic strip art God

A Time to Build 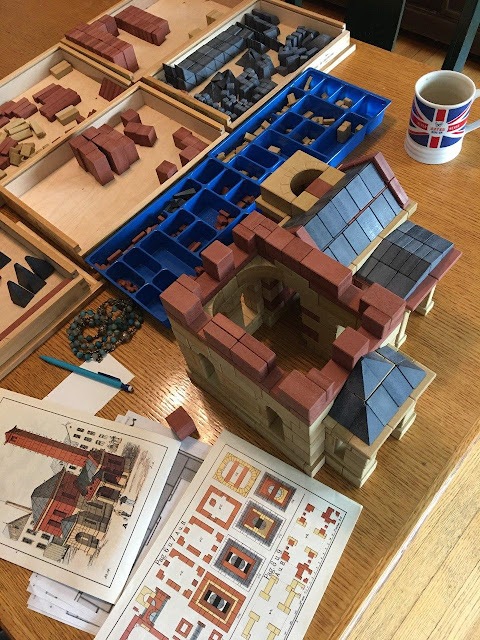 What do you do with these blocks? Perhaps you are lucky and you are gifted a full set of 3,851 blocks. Perhaps you only have a single tray of 105 blocks. You look at the pictures and determine that you will build only the most elaborate buildings, but when you realize you cannot read the plans, you give up and never play with the blocks at all. Alternately, you could start with the simplest plans, decide that you had learned everything there was to learn about …
Keep reading 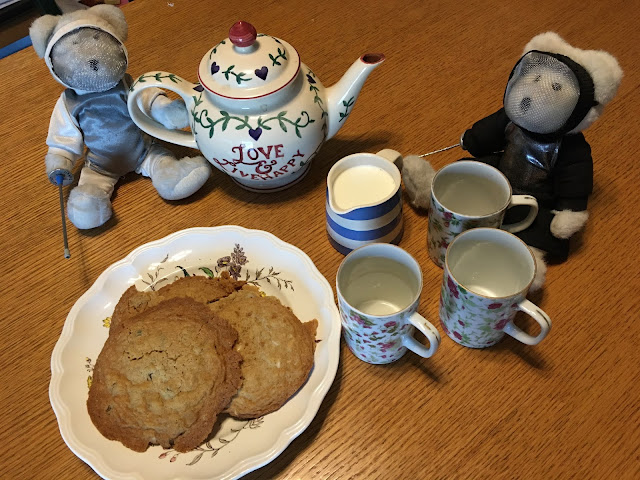 Our culture is dying, or so some opine. How do we save it? With meter and rhyme!


How do I say this? If we are losing our culture, it is because we have lost our words. We have lost the meter by which we built cities and poems, the measure of rhyme, the call and response in praise of our Maker, the great Artist of creatures and words.

It is easier to exclaim this truth with gesture and breath than to write it. Writing takes patience and dictionaries. Long lists of words. Well-structured arguments. Persuasive imagery and fire. Stories and themes.