A Reader emails me concerning my reflections on “The Sacredest Place”: 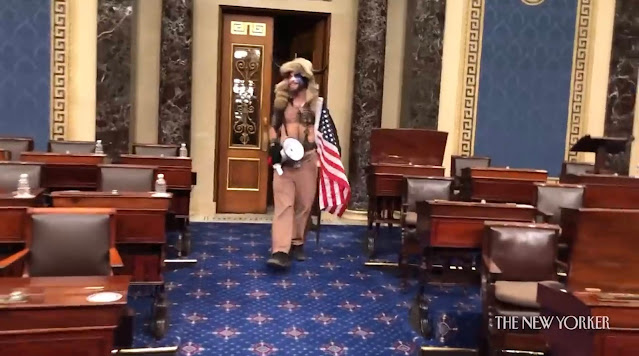 After your latest release, your blog may become known as “The Writings of the Purple Sage” (apologies to Zane Grey). Did I detect some prophesizing therein? Maybe I projected.

In any case, I was moved to thank you for correcting my assumptions about the Shaman who entered the Capitol. In my arrogant social scientist manner, I had decided early on that he was the craziest of the bunch—not someone I had anything in common with. I read too much into his horny headgear and tricolor face—especially as displayed in the photo of his full-throated moon-baying. All this despite my conviction that many of those involved in the Capitol incursion were bewildered quasi-provincials who were surprised to find themselves in the Holy of Holies, that is, there, and didn’t know quite what to do once inside. Hence, the feet of one on the desk of Nancy Pelosi (can you think of anything symbolically more democratic?) and his purloining of, what, an envelope addressed to her, for which a 25-cent coin was tossed down? Was it taken just to prove to the interloper that he had actually been there—perhaps to himself or his grandchildren many years hence? And the other busy fellow impulsively lugging away the lectern—just what he had come all that way for, undoubtedly. Perhaps he was planning his own lecture tour. The Boston Tea-partiers, disguised as Indians, would have felt one with these two.

I sensed that many of those Americans were of the sort that, in the Infantry, it was said by those who knew, “they were just the kind you would want with you when going up a hill” (a well-understood circumlocution for attacking an enemy position).  I suspect not a few were veterans or first responders. Heaven help us if the nation should need them anytime soon once the vindictiveness of the Democrats has descended upon them. In the eyes of Schumer and Pelosi, they had, all of them, committed nothing less than lὲse-majestέ. No nuance there! Its lack is dismaying to me, because as an infantry platoon leader of draftees in the Army I learned that you have to make good use of the people you are given to lead—they are the only people that you will have. The many unsophisticated “insurrectionists” knew enough to conclude (the exaggerated voting fraud issue aside), even if our elites do not, that for some time there has been in America “something rotten in Denmark,” whether or not they could articulate their misgivings well. In Hamlet, I see that Shakespeare pointedly gave that line to a common soldier, not to one of the principals. As the Bob Dylan song also made clear, you don’t need a weatherman to  know which way the wind is blowing. But elites on the Left, secure in their sanctimony, remain contemptuous of what the common person may know better than they.

And then you, with your unusual religious sensibility, showed me that I had sold the Shaman short, just as the elites were selling short many Americans. He was far deeper than I dreamt. My apologies, Mr. Shaman. Profiling does not always work, and I was far away.

I am comforted to have discovered just recently that Benny Goodman, whose  music I enjoy as a prerogative of my generation, once made a similar mistake based on a visual first impression. Charlie Christian, the great swing and jazz guitarist, had been mentioned to Goodman as a musician of considerable interest. But when Goodman met him, our good Christian, a young black male who died of tuberculosis at age 25 in 1942, was reportedly dressed too loudly for the maestro.  In that era a black male making the club scene in Harlem could quite possibly have been wearing a zoot suit! Whatever the style, the resulting impression put Goodman—a disciplined and harsh judge of musical talent if ever there was one—off completely, and he gave the electric guitarist, whose solos are always musically impeccable, only a perfunctory audition. A bit later, when Goodman finally heard Christian play at length, he quickly incorporated him, now to be more formally attired, into his often tuxedoed sextet and orchestra. These ensembles included musicians of legendary stature: Teddy Wilson, Lionel Hampton, Cootie Williams, Harry James, and Gene Krupa, to provide only a few examples.

There is no fool-proof formula for surmounting first impressions, so being open to later experience is the only reliable corrective. I stand chastened, thanks to your blog. 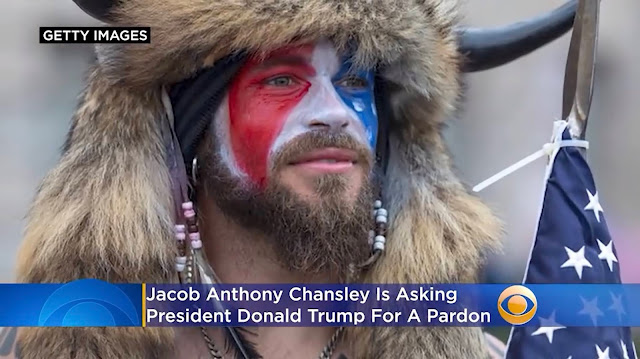 Logos is rising! Thanks be to our divine, omniscient, omnipotent, and omnipresent Creator God!