How to Be Rich 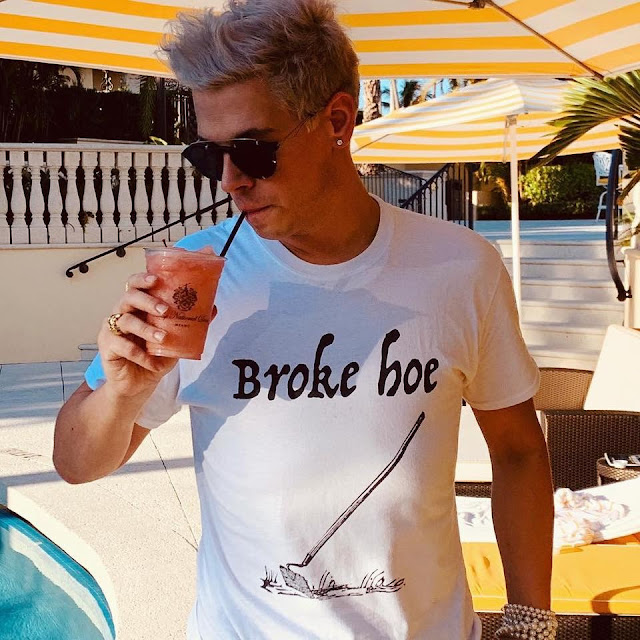 I’m sure you’ve heard by now: Milo is poor. Not poor in the way in which you or I might be poor—merely living paycheck-to-paycheck to pay off our mortgage or monthly credit card bills (if we’re lucky!)—but broke ass bitch poor. Not personally, mind you. But his business is millions of dollars in debt and has been for some time. 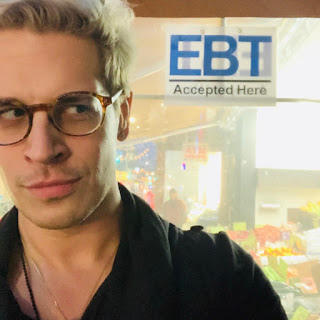 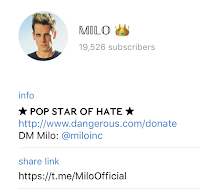 Okay, that last bit is not quite true. Milo has been subject to relentless attacks from both the Left and the so-called conservative Right. You try getting a business off the ground when you can’t even book a venue without having to shell out tens of thousands of dollars in security. Milo has spent hundreds of thousands of dollars of his own money trying to set up another tour. He has worked long and hard (ahem) to come up with new ways of motivating his base (sorry, where is this coming from?), only to have even his purportedly most stalwart fans claim he hasn’t done anything since the Dangerous Faggot Tour. (Perhaps they only watch YouTube? Just today a supporter on Twitter was asking whether he had gotten his book published. “Which book?,” I wanted to ask. “Milo has published five.”) Another problem is that Milo dislikes putting his videos behind a paywall. He would much prefer to offer his content for free, with the support of those who can pay. It is the way he funded the Dangerous Faggot Tour, and it is the reason he is asking now for donations to help produce his new weekly comedy show.

But Milo still spent more money than he should have on toys for his friends—because he was ashamed at the thought of being poor. He says so himself, right here in book number three:


Shame led me to make foolish decisions with money in multiple ways. Since I’ve always felt like an outsider and a weirdo, I used money—or, when I was younger, the illusion of money—to keep people engaged and happy around me. I wanted people to think I was successful, well-bred, accomplished and a winner because on the inside I felt like the opposite. It wasn’t until I found love that I realized my worth and stopped needing these props. It’s not a coincidence that this all happened at the same time as Milo Inc was imploding.

Because I hated my parents for neglecting and abandoning me, and because I was embarrassed by both of them, I ended up ashamed of me, too. I knew from an early age I had the power to warp reality when I was speaking to someone and that I could make pretty much anyone believe pretty much anything, so I used it to tell people things about myself that I thought would make them like me more. Eventually, I discovered that was a lot of effort compared to having and spending a lot of money, which had much the same effect... 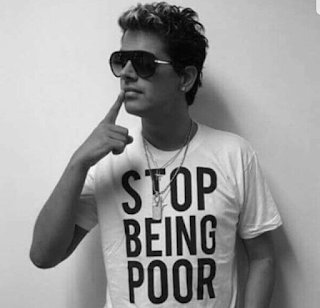 Because, for much of my life, I felt unloved and unlovable, I loved those around me recklessly, and did it the easy way, showering affection and gifts. I became a sort of surrogate father figure to wayward twenty somethings, a strange reimagining of the sugar daddies I’d bled dry in my youth. I thought that being a father meant bribing people to like you. I know now that I must embrace my role as the Prodigal Son and ask my own Heavenly Father for forgiveness and guidance.

Aha. Not quite what you have been led to expect Milo to say? Well, you need to have been reading Fencing Bear! I knew it all along, even (it would seem) when Milo didn’t. Call it a mother’s intuition. Call it a medievalist’s ability to read the signs. But the one thing I never believed about Milo was that he was doing anything that he did for the money. It just didn’t make sense. He never charged the students for the Dangerous Faggot Tour. He hated the subscription model for The MILO Show. He has spent the past two years trying to find another big investor (or group of investors) to help support his speaking appearances precisely because he prefers giving people gifts to making money by charging them (except for his books, he seems okay with selling books). Call it Christian charity. Call it noblesse oblige. But what I had not expected was that he was substituting money for feeling loved.

Not Milo! Not the beautiful young man with millions of followers desperate for his attention! Not the talented speaker who dazzled us all with his quick wit and courage in the face of the nannies and scolds! Not the comedic genius who always knew exactly how best to puncture the pretensions of the establishment elites! Not the eloquent wordsmith able to distill the most complicated philosophical and theological conundrums down into the sermo humilis of an Internet meme! Not Milo!

But of course Milo. You have no idea how kind he has been to me. (Wait for it, we have a big announcement coming!) Anybody who has met him in person—yes, even many who later go on to write the most horrible lies about him—knows how solicitous he is. You wonder that Lucian Wintrich (*spits*) and Caolan Robertson (*double spits*) were able to take advantage of him? He offered both of them access he never should have—and wouldn’t have, if he were not interested ultimately in their own well-being, just as he was with Nick Monroe. These are some of the twenty-something young men whom he has tried to mentor, and who in their turn have taken his attempts to educate them as insults to their dignity, rather than lessons in curbing their own sin.

It is hard to make money when your heart isn’t really in it for the money. It is even harder to make money when you will not change what you say in order to make other people more willing to pay you for saying what they want you to say. Milo has said over and over, he would be rich if only he would say what the MSM want him to say about being gay or President Trump or feminists or Islam or climate change. And yet, of course, Milo is rich—or else he would never have been able to write the confession that he did in How to Be Poor. 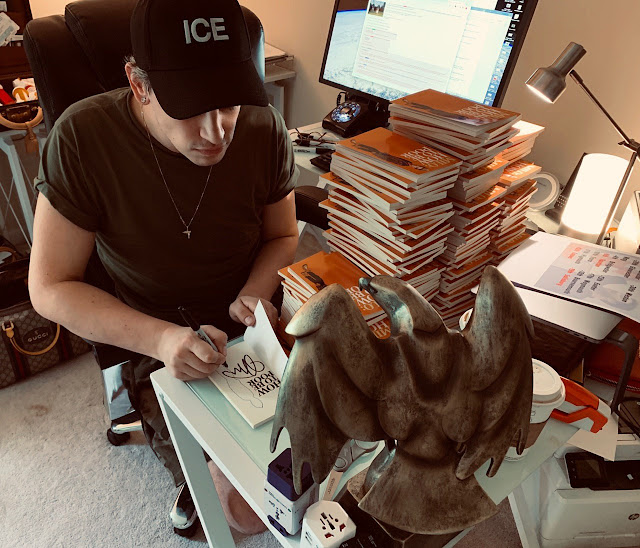 For my continuing adventures as Milo’s Professor and friend, see The MILO Chronicles.