Once upon a time there was a bear who dared... 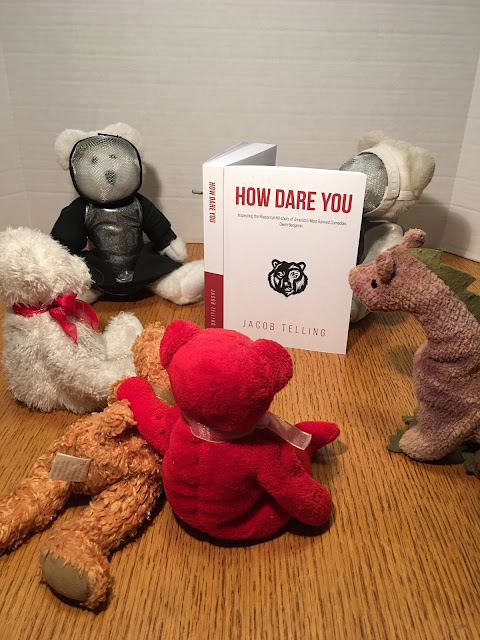 “I might be wrong, but I’m not lying,” he insisted.

“How dare you!” gasped the entertainment industry, social media giants, payment platforms, and AirBnb—and cast Owen from their midst.

Meanwhile, the Bears assembled, donning Bear names in support of their Big Bear, helping to start Unauthorized.tv as a platform out of reach of the Social Justice Swarms (main site https://uatv.infogalactic.com), following Big Bear to The Beartaria Times, Unbearables Media, and beyond! (But not to the moon...yet.)

Jacob Telling, a.k.a. Runnerbear, was one such Bear. He started watching Owen’s livestreams back in the mists of Beartime (a.k.a. when they were still on YouTube) and traveled with the Big Bear from platform to platform, making notes of what Owen said over hundreds of episodes of his livestream WDTL (Why Didn’t They Laugh?).

This is what comedy does, guys. I know it seems abrasive to some people... but you have to be able to say what people are thinking and can’t say. That’s our job. That’s why I’m getting so trashed... I’ve never been an outsider in society, I’ve never been an outcast... I was always good at my job. —Episode #709

That’s the problem with not working out your own morality. It leaves you vulnerable. Don’t do it for anyone else. Do it for yourself... If you let your ideas atrophy, and let your beliefs atrophy, you’re manipulable by anybody with a lot of Twitter followers, or anyone that’s giving you an A or an F. —Episode #302

I used to be just a comedian and then when I took the stand against the trans thing in Hollywood, I became a hero and a villain simultaneously. And I took it seriously. That really woke me up to some of the responsibilities in life. I used to just be a comic. —Episode #704 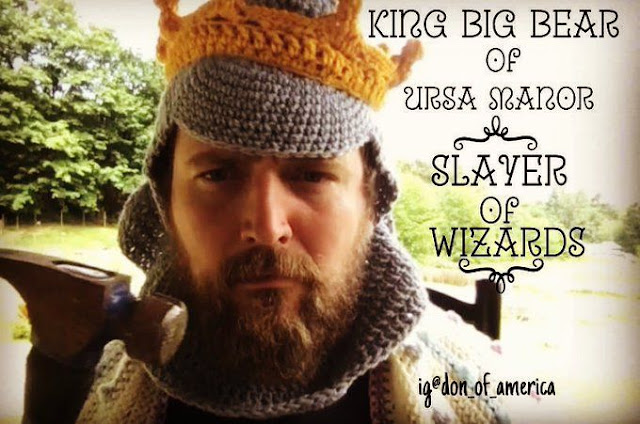 Much like the book of Proverbs, at first his notes were just a collection of sayings—and then Jacob started noticing important patterns and themes. The rest is now the first volume of what promises to be a trilogy (but not a Trinity!) distilling what Jacob has learned from listening to Owen and applying the Big Bear’s lessons in his own life as Runnerbear.

For example, on the value of comedy:

Not all comedy is dark of course, but the basic function of all comedy is the same. The value of comedy engages with the truth through levity to replace negative emotion with positive emotion. Even if it’s something as simple as a little lighthearted quip to replace an awkward silence with a giggle, comedy still makes the same trade: bad for good through the medium of a laugh. As a professional comedian, Owen Benjamin’s entire world operates around this algorithm: truth, levity, and flipping emotion from down to up. It’s how he keeps his lights on. You could analyze any of his jokes—especially on his specials—and at the abstract level it’s the same thing every time: addressing uncomfortable truths in a way that’s funny.

Comedians have always had this social role. It’s their job to be the jesters at the king’s court. They’re beneath contempt, so they jingle away, letting everyone laugh at a few criticisms of their leader(s), critiques that everyone is thinking but no one is saying. Comedians are big, loud, wild, and crass. They push, poke, smile, and laugh. They fight, sneer, shout, and curse. They blurt, yell, squeal, and smirk. Comedians operate on the edge of culture, in the place where discomfort lives undefined. They push boundaries, relieving pressure. If a comedian is doing his job well, he’s brash and outspoken, always on the hunt for the next sacred cow. Above all, real comedians refuse to censor themselves.

Are you surprised I ordered the book immediately when Jacob advertised it on the Beartaria app? Another connoisseur of jesters! Another speaker of truths! I knew at once that Jacob and I just had to talk! So I hunted him down like a good Fencing Bear and challenged him...to a webinar!

I lured him with honey—“I loved your book! You did a brilliant job writing a handbook in virtue”—and he was hooked. 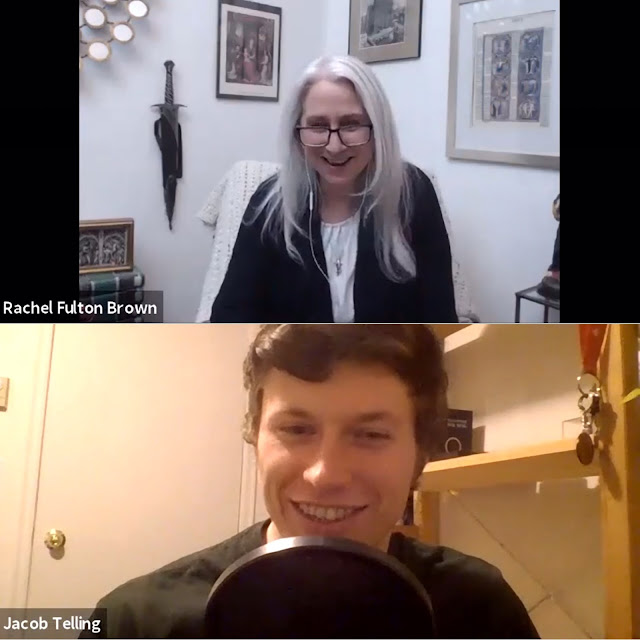 We invited the Bears and had a proper Owen-length conversation—almost three hours long! With questions from the audience and lots and lots of time for me to praise Jacob for doing for Owen what I have been trying to do for Milo: distill the wisdom from the wit, the courage from the antics of the clown, the virtue from what others have seen as villainy. How dare you!
Our conversation is now available on Unauthorized.tv on the unBearables channel for all Bears to watch and enjoy!

Buy Jacob’s book! Available direct from his own website as well as on Amazon. Subscribe to Unauthorized.tv for Owen’s livestreams, comedy specials, documentaries, and bonus streams, as well as my videos on Medieval History and the works of J.R.R. Tolkien.
As the Bears say, nobody is having more fun than us!